Portugal has proved to be a haven for the gay community. Tolerance and safety are also synonymous with quality of life, and this has motivated a large portion of the LGBT community to relocate to Portugal, to live without fear or fear of prejudice.

According to the Asher & Lyric LGBTQ+danger index, Portugal is the fifth safest country in the world. In this article, we’ll talk about the gay community in the country, and social figures who have helped Portugal to move towards this.

Portugal is known as a more tolerant country to the LGBT community and where one can live more freely, regardless of sexual orientation, without fearing physical aggression in public spaces.

Note that Portugal is not a gay paradise, however, it is a place with reduced numbers of prejudice, violence, and intolerance, especially in cities like Lisbon, Porto, and the Algarve region, even in smaller (and more conservative) locations.

When it comes to matters involving the LGBT community in Portugal, Kiki Pais de Sousa is a reference in the country, being one of the most representative figures of the Portuguese transgender environment. Over the years, Kiki has participated in important educational campaigns related to gender diversity, TV programs, and, in addition to being a businesswoman, she also holds the position of Secretary to the President of the General Assembly of the LGBTI Association of Commerce and Tourism of Portugal.

The country’s oldest association for the defense of the rights of the LGBT community is ILGA Portugal. ILGA Portugal promotes the social integration of the LGBT population through a support program in the social sphere, which can offer a better quality of life, through the fight against prejudice based on sexual orientation.

The Association’s major goal is to help the LGBTI community and their families in Portugal integrate into society by:

ILGA Portugal was established in 1995 and became legally recognized in 1996. Its headquarters and LGBT Center were located on Rua de S. Lázaro in Lisbon from 1997 till the beginning of 2014. The Association’s headquarters, offices, and services, as well as the LGBT Center with its cultural program, are currently located at Rua dos Fanqueiros in Baixa Pombalina. 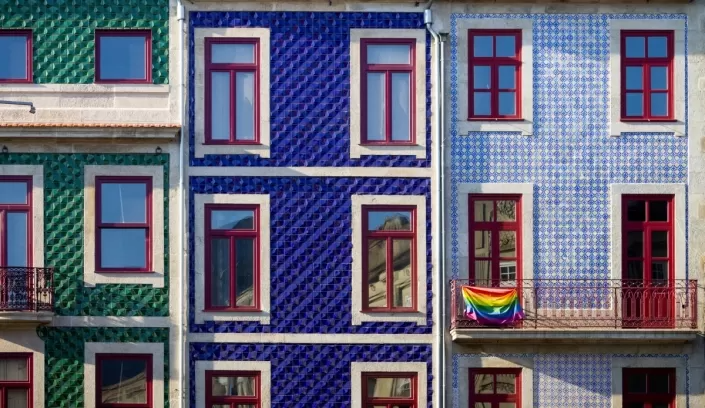 Apart from ILGA, some other organizations also work for the rights of the LGBT community in Portugal.

Timeline Of LGBT Rights In Portugal

There you have it. Hope we’ve given you an insight into LGBT Community in Portugal. Note that, In Portugal, discrimination can (does not mean that it happens) occur through curious looks, negative comments, or even verbal insults in the face of public expressions of affection between people of the same sex. However, even so, these opposite reactions are not common, which is why the LGBT community also feels at ease in the country, without fear of a “witch hunt” as can occur in some extremely homophobic countries.

Have you ever been to Portugal? Do you think it’s gay-friendly? Let us know what you think. For further reading, check out our article on LGBT Rights in Europe.