In 2022, you should be living under a rock not to hear about cryptocurrency. This new worldwide phenomenon will be like the internet, from experimental obscurity to global takeover. If you have none, minor, or only vague knowledge of cryptocurrency and wish to know more but at the same time want a source that introduces you to the topic with digestible beginner-friendly content, you are in the right place! What is a cryptocurrency and how does it work? Continue reading to deep dive and learn more on cryptocurrency for beginners!

This article focuses on the following:

What Is Cryptocurrency and How Does Crypto Work?

Cryptocurrency, or as it is otherwise known as crypto, is a digital form of currency created to replace or use in the place of fiat money/currency (like dollars and euros) as a medium of exchange. Crypto is similar to fiat money in a non-commodity-backed currency but is different by not being a government-issued legal tender.

Since the governments don’t issue a cryptocurrency, it has power for manipulation or intervention. So, no central authority has command over it. Crypto only exists on the internet and it is a virtual token that has no physical form. This attribute makes crypto quite fitting for this era and the value of the crypto is proportional to its demand in the market.

There are two ways to acquire crypto via consensus processes. POW, also known as Proof-of-Work, is the first. POW is a method in which a number of computers compete to gain cryptocurrency. Creating crypto is called mining, and a computer involved in it is called a minor node. The minor nodes compete to guess the NONCE or Number Only Used Once (a pseudo-random number). This complex number will be hard to guess and verify by other minor nodes and the incentive for guessing the NONCE is that the winner will be rewarded the cryptocurrency’s native coin. 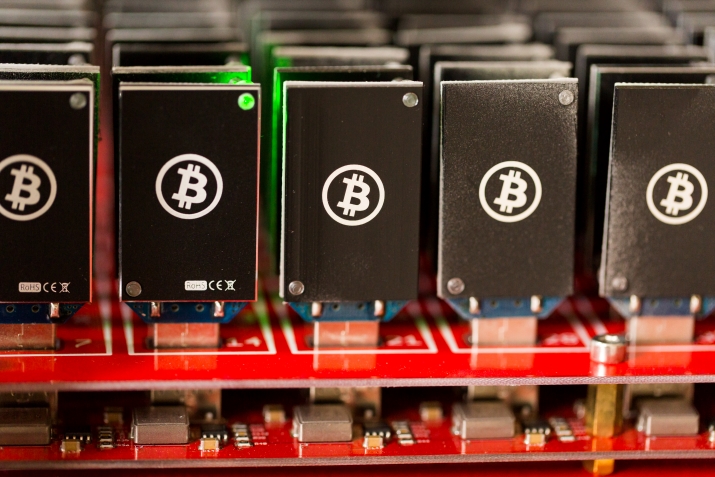 A minor node must spend hash power/computer power/processing power to solve the puzzle or guess the number. Stronger the hash power, the more likely it is for the minor node to guess the complex number. However, the network will adjust its difficulty to the computer’s hash power to avoid supercomputer supremacy. Also, individual nodes are allowed to pool their hash power and split the reward playing field for the non-wealthy to compete.

POS or Proof-of-stake is the other consensus mechanism where the reward is acquired irrespective of the hash power of the nodes. The people who go about this mechanism are called validators, as they validate blocks (transactions) and earn the reward. Thus, they do not mine but mint or forge new blocks. To become a validator, a node must stake a certain amount of coins in the network as security, and by staking higher, the node can increase his/her chance of being selected as the validator even though the selection process is random. If the validator is involved in any form of malpractice by any chance, he/she will be punished by taking away their security, called slashing.

Why Is Crypto So Popular?

Bank transactions could fail from one of the following scenarios: technical issues, transfer limits, hacked accounts, or additional charges like transfer charges. This problem doesn’t happen with crypto because of how crypto works. Also, unlike fiat money, they are immune to counterfeiting and don’t require a centralized authority to govern and manipulate it. Its appeal stems from the fact that it’s secure, enforced by robust encryption algorithms. Its unpredictable nature of value hike due to its demand and the limited quantity is another reason for its popularity. 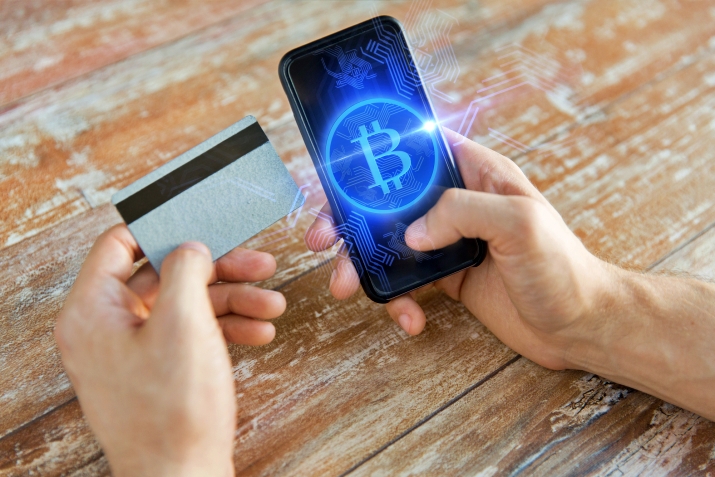 Cryptocurrency is a portmanteau word for cryptography and currency. The words “cryptography” derived from the ancient Greek words “kryptos,” meaning “hidden,” and “graphein,” meaning “writing.” Thus, the intention behind the word was to imply a hidden message which the correct recipient can only read. In the same vein, to understand how cryptocurrency works, one must first examine the history of cryptocurrency, from its humble beginnings to the present day.

Bitcoin is the most famous of the cryptocurrencies. BTC is a transparent peer-to-peer transaction cryptocurrency, but at the same time secure, i.e., the transaction can be seen by everybody, but only the owner can decrypt it with their “private key.” Litecoin (LTC) is second only to Bitcoin, which does almost everything BTC does while improving certain aspects like transaction speed, coin limit, etc. Ethereum, which brought a new dynamic to blockchain technology, is among the favorites of blockchain investors.

Other must-know names in the cryptocurrency world are:

Safety and security are some of the crypto fundamentals that attract the public towards them. It is surprising but confirmed that it is safer than a transaction with your bank. The blockchain environment is encrypted by cryptography, making it nearly impossible for even a highly-skilled hacker to breach or decipher codes.

Cryptography is how crypto works so well. Even if someone were to override a block's code successfully, they would have exerted much higher hash power to the degree that the cost of decoding is more than the reward; as a result, such breach efforts are less likely to occur.

No, the government does not back cryptocurrency as the fiat money is backed by the reserve bank or by no private entities, for that matter. So it is hard for many countries to accept it as legal tender. Countries like China, Egypt, Bangladesh, Qatar, Morocco, Iraq, Algeria, Tunisia, and Nepal have an absolute ban on crypto, among others implicitly banning them. At the same time, countries like Denmark, France, Japan, Germany, Iceland, Mexico, Spain, and the United Kingdom have approved Bitcoin transactions and have developed regulations to enforce them.

An important point to note is that even though crypto is looked upon as currency, the IRS (Internal Revenue Service) treats it as property or asset, which in turn means that any capital gain through trading or selling is taxable.

Following are some of the popular ones:

Day trading is a fast-paced trading strategy where traders buy and sell digital assets/cryptocurrency on the same day. This nature comes with a risk of losing a significant stake. Therefore day trading is not advisable for beginners.

Despite the capitalization in the term looking like a typo, this is how the term is written. But it was a typo in the Bitcoin forum that has gained clout through repetition by experts. In this trading strategy, the traders hold on to the crypto without swaying.

Hedging in crypto is an investment strategy where traders can mitigate the risk of adverse movement of price in their assets. Traders generally use financial tools such as bonds for different or future to hedge cryptocurrency.

Trend Trading is the most popular form of trading, not just in crypto but in all of the tradings that people know of. In this strategy, Traders buy and sell cryptocurrency based on the market trend (high or low).

Advantages and Disadvantages of Cryptocurrency 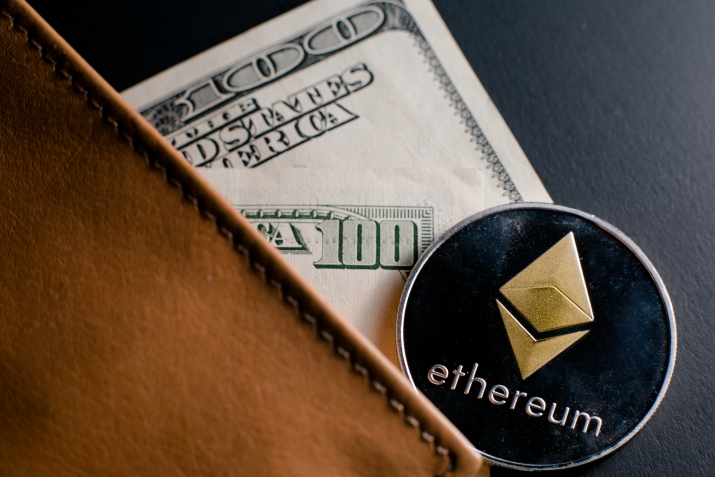 How To Buy Crypto?

Now that you have an idea of how crypto works let’s see how you can buy crypto. Following are the four steps concerned with the buying of cryptocurrency.

Submit various proof documents such as passport, driver's license, etc., to verify your exchange. The proof required will depend on the residing countries' legal system. After verification, a payment option should be linked, whether a bank account, credit card, or debit card.

After verification and the payment plan linking, you can start buying crypto from various available order types and investment options. Exchanges also offer recurring investment schemes for the users.

Use cryptocurrency and Bitcoin wallets outside your exchange to ensure more safety to your digital assets. These wallets will ensure that only you have control of the personal key to the account.

To Wrap it Up

The above 101 guide to cryptocurrency must have answered how cryptocurrency works for beginners as entrepreneurs, digital nomads, or even regular people who need to know anything and everything about cryptocurrency.

Cryptocurrency has come from relative experimentation in the obscurity of the 2000s to a global takeover of the 2020s. Its attributes, like security, indifference to inflation, and its hiking value, make it more desirable for the user to adopt it in the future to replace the transaction method completely. So, keep a watch out and your ears open for all things about cryptocurrency.

Note from the editor: Buying and selling cryptocurrencies carry risks, including the possibility of substantial losses. For additional information, please visit our disclaimer. We at GoVisaFree make no suggestions about how to buy or sell bitcoin. Consider consulting with a financial and tax advisor for further information.

How to get cryptocurrency?

You get cryptocurrency as a reward for solving the complex problem using your computer's processing power, or you can purchase them through brokers.

If anyone manages to hold 51% of the hashing power in POW, they can essentially control the entire blockchain.

What do ASICs mean?

ASIC or Application Specific Integrated Circuit is a specialized computer with high hashing power to mine cryptocurrency.

How many LTC coins are there?

There are 84 million Litecoins.