Cost of Living in Portugal

Portugal is the most popular country among our community members. Thanks to its popularity as a rising hub for digital nomads and remote workers, Portugal is seeing an influx of young professionals who want to make the country their home.

Is It Expensive To Live in Portugal?

First things first: When compared to other Western European countries, Portugal is an inexpensive country. In general, two people can live on a €1,500-€2,000 income in Portugal.

But it is important to keep in mind that there are several factors that might change the final cost, such as the city that you’ve chosen to live in, the size of your family, and your lifestyle. 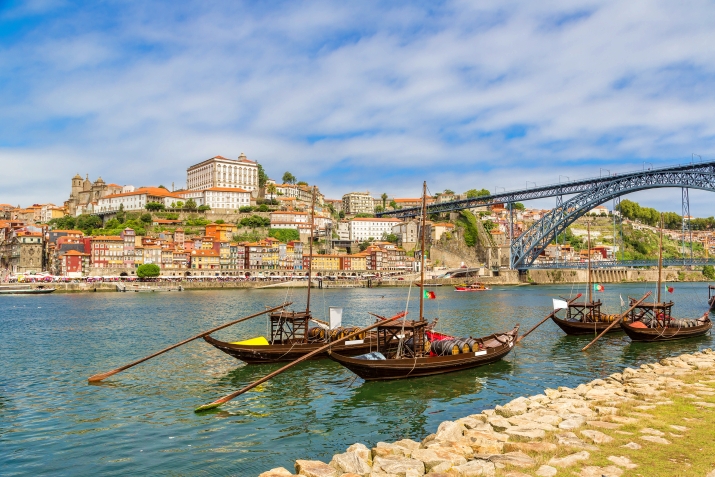 Purchasing power in Portugal is not one of the highest in Europe. With considerably lower wages (compared to other countries), the purchasing power of the population is also lower.

The below data might give you an idea about the purchasing power in Portugal when compared to other EU countries:

When compared to the US, we see that local purchasing power in Portugal is 55.52 percent lower.

The section below provides an overview of the most common expenses you’ll need to cover. This is based on data from a variety of sources, mostly Numbeo.

Rent is likely to be your largest expense no matter where you live in the world. Luckily, rents aren’t super expensive in Portugal but it again depends on the type of house you want. If a shared apartment is an option for you, you can find great deals in Lisbon or Porto. If you want to live in a less urban location, you can rent a home without paying too much.

Let’s have a look at average rents in different parts of the country:

House With or Without Furniture

It is usual to locate furnished, ready-to-live-in houses in Portugal, as it is in most European nations. This, of course, comes at a price. In general, pre-assembled, move-in-ready homes cost a little more than unfurnished homes.

Despite the fact that it is a little more expensive, the main benefit of a property with furniture included is that you will not have to spend money setting up the entire flat.

Buying a House in Portugal

If you’re financially ready, you can even buy a house in Portugal. According to Idealista, a popular real estate portal, the average cost per m2 in Portugal is €2,335 (data from February 2022).

Buying a house can make you eligible for a Golden Visa in Portugal which also grants you residency in the country.

How To Get Portugal Golden Visa Through Real Estate

Supermarket prices in Portugal are quite consistent and the country does not experience considerable inflation. A couple would spend an average of €250 per month on their grocery shopping.

To give you a better understanding of the expenses, we’ve put up a list of prices for some common grocery purchases:

If we consider the prices of restaurants in the largest and most touristy cities, they are higher than in the rest of the country.

Another aspect that will affect the price is the type of restaurant. According to Numbeo, an economical lunch meal costs around €8, while dinner for two in average restaurant costs around €30. Of course, these are average values, so it is possible to eat at a lower or higher cost, depending on the aspects mentioned above.

There are also other aspects that influence the cost of living: household bills. In general, they do not vary much from one city to another, with the exception of water, which is municipally administered.

In Portugal, you can choose a company that supplies electricity according to the prices charged. Thus, costs can vary greatly from one company to another. Most electricity providers also supply gas, so it is possible to get both services together, which will lessen the cost.

Thus, the average value of the two accounts is €80, and this value varies according to the time of year, considering that consumption is higher in winter. In addition, the size of the house and the number of residents can also increase the amount of the bill.

The average water bill is €22 for a couple. Although this varies on the household size, it wouldn’t exceed €30.

In Portugal, there are three main communication companies: Vodafone, Meo, and Nos. In the interior of the country, there is also Nowo. Prices are almost the same, so you can make your decision based on the availability of fiber optics in the area where you want to live.

A basic subscription costs €33, but for a little more money, you may get more comprehensive packages.

In Portugal, every time you go to the doctor or take tests, you will be charged a fee. These costs are relatively low, though. For example, a consultation with a specialist doctor costs €7. But if you need to go to the emergency room at the hospital, the value is around €18.

If you want to have private insurance, you can check out SafetyWing Digital Nomad Insurance. It’s a popular insurance scheme among digital nomads who want flexibility at lower costs.

How Does Cost of Living in Portugal Compare to Other Countries?

We thought a quick overview and comparison to other countries would be helpful for digital nomads from different parts of the world. So here they are!

Living Costs in Portugal vs. the USA

Living Costs in Portugal vs. Australia

Living Costs in Portugal vs. the UK

There you have it! We’ve given you an introduction to living costs in Portugal. Portugal is a safe country that offers a good quality of life with great cuisine. Plus, the growing community of digital nomads offers new opportunities for networking…

Have you ever lived in Portugal? How was your experience? Let us know…

Cheapest Cities To Live in Portugal