Democracy Index: Most Democratic Countries in the World in 2023- Updated

If you’re planning to relocate to a new country, you need to make thorough research regarding the characteristics of your destination. One of the most crucial of these characteristics is how democracy functions there.

We’ve gathered useful information for you about the 10 most democratic countries of the world specified by the Economist Intelligence Unit (EIU) in the Global Democracy Index 2021. The objective of the Index is to annually measure the levels of democracy according to countries all around the world.

Read on if you’re planning to relocate to one of these countries.

The “Absolute Musts” of a Democracy

But what are the main characteristics that make up a democracy?

Since we have a general sense of what a decent democracy should look like, let’s move on to the 10 countries that make the most of it. 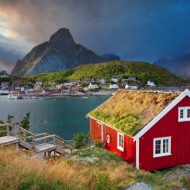 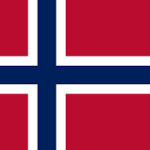 Norway, ranking first in the Economist Intelligence Unit’s Global Democracy Index 2021, is an excessively robust democracy. The country respects the civil liberties of its citizens, and the government is being held to account by civil society actors and independent media.

Norway holds fair and free direct elections on a political stage where various political parties represent the citizens freely. There’s always been room for the opposition at this stage of politics.

Moreover, women, minority groups, and LGBTIQ+ people are well-represented and protected by anti-discrimination laws. Various segments of the population participate in the political processes with a set of absolute political rights.

Find below Norway’s scores on the items that assess the democracy levels of countries in the EIU Democracy Index. 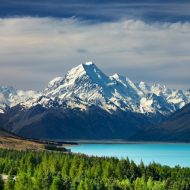 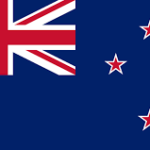 New Zealand is rated the second most democratic country in the world in the Global Democracy Index released by the EIU, by guaranteeing full civil liberties and political rights to its citizens. Moving up to second from fourth place, the country showed great democratic improvement in the past year.

New Zealand has been a country of free and fair elections for a good while now. The electoral system in New Zealand is a mixed-member PR (MMP), in which the citizens vote for a local candidate and a party to win the majority. Each district candidate that wins gets a seat, and the rest of the seats are distributed proportionally among the parties, in accordance with the votes that parties get. This system helps citizens have better representation in the parliament. It also encourages the parties to operate more effectively to win more districts.

New Zealand’s scores in the Global Democracy Index are as follows: 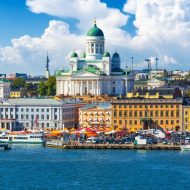 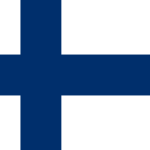 Ranking third in the Global Democracy Index of the EIU, Finland is a country that respects the freedom of speech and shows religious tolerance. Although discrimination toward minorities is not non-existent in society, ethnic minorities, women, and LGBTIQ+ people benefit from equal rights before the law.

The parliamentary system in Finland conducts free and fair elections in an environment of vigorous multiparty competition. The judiciary in Finland is independent in practice and under the constitution. 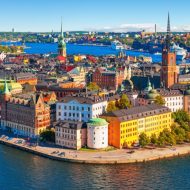 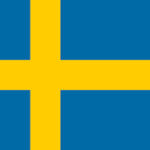 Having been rated fourth in Economist Intelligence Unit’s Global Democracy Index 2021, the parliamentary monarchy of Sweden operates free and fair elections as well as a solid multiparty system.

Sweden guarantees its citizens political rights and civil liberties by law and implements these laws in practice. 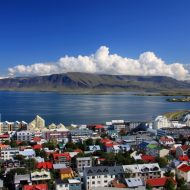 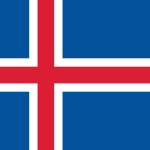 Iceland is the fifth most democratic country in the world, according to the EIU’s Global Democracy Index. The parliamentary democracy in Iceland has always been maintaining and improved civil liberties and political rights.

However, there’s suspicion about the independence of the elected representatives from the business scene in the country. There’s a query over the autonomy of private media, as well. 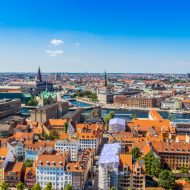 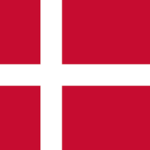 According to the EIU’s Global Democracy Index, Denmark ranks sixth among the most democratic countries in the world.

The government of Denmark respects free speech and association while the citizens hold full civil liberties, political rights, and voting in an environment of free and fair elections. Although the country has robust democratic values and structures, it has failed to establish a smooth transition to granting fundamental rights and freedoms to immigrants. 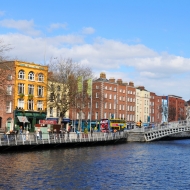 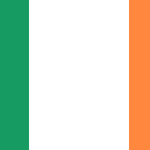 Ireland has ranked seventh in the EIU Global Democracy Index due to its political environment where civil liberties and political rights are well-respected. The country has a stable democracy, despite there’s corruption and mild societal discrimination.

Ireland has a multi-party political system that allows a healthily competitive political stage. The judiciary is independent in Ireland, which is a strong indicator of democracy. 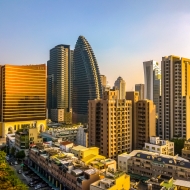 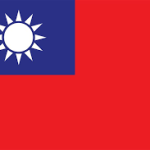 Ranking eighth in the Global Democracy Index 2021, Taiwan has a vigorously competitive, healthy democratic system that has enabled the peaceful power transfers of three parties to this day since 2,000. The country protects its citizens’ civil liberties and political rights quite unshakable.

However, external intervention efforts of the Chinese government regarding Taiwan’s political infrastructure, policymaking, and media arouse concern. The risk of exposure of foreign migrant workers to exploitation is another issue that causes fractures in the country’s existing democratic harmony. 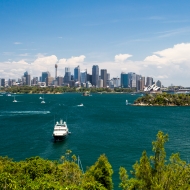 Rated ninth together with Switzerland in EIU’s index, Australia has not a very long but stout history of maintaining and improving civil liberties and political rights.The independent judiciary, prevalence of the law, market economy, and autonomous media are the building stones of Australian democracy.

However, there are challenges to these values including the government’s failure to conduct humane policies regarding asylum seekers and attempts to control the press. In addition to these problems, there’s discrimination against LGBTIQ+ people and the government struggles to grant equal rights to First Nations Australians. 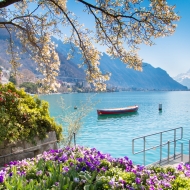 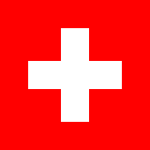 Switzerland shares the 9th position with Australia in the Democracy Index. The nature of the political system in Switzerland depends on direct democracy and decentralization. The government of Switzerland is a multilingual coalition consisting of members of four prime parliamentary parties in the country.

There are frequent referendums that offer the citizens the chance to participate actively in politics and civil liberties and political rights are substantially respected. However, the policies and laws fall short of being adequate to protect immigrants and minorities against discrimination.

There’s no absolute way of measuring democracy but there are certain indicators that can be taken into consideration while building a methodology to specify the most democratic countries in the world.

On a scale from 0 to 10, the EIU assesses 60 indicators that are divided into five basic categories as follows:

After rating each category in the specified scale, EIU calculates an overall average to present the Index. Democracy levels corresponding to scores according to the Index are as follows:

According to data the Index provides, democracy is unfortunately on a worldwide decline. However, these 10 countries still enjoy full democracies despite some of them facing small challenges occasionally.

With their advanced levels of protection of political rights and civil liberties, gender equality, and non-discrimination policies, these places are the “safe haven”s of the world.

10 Least Democratic Countries in the World

Find below the list of the 10 least democratic countries in the world specified by the Global Democracy Index prepared by the Economist Intelligence Unit:

There’s a repressive authoritarian regime in Equatorial Guinea that came to power through a military coup. The judiciary is dependent on the president and all kinds of oppression attempts get violent responses.

The single-party regime of the oppressive Lao People’s Revolutionary Party restrains the civil liberties and political rights of the citizens.

Chad has been under the rule of a military regime that came to power through a coup d’etat in April 2021. Any opposition is severely punished in the country.

Political rights and civil liberties are practically non-existent notions in the repressive authoritarian state of Turkmenistan.

The ongoing civil war and the oppressive regime in Syria have caused a horrid disruption in terms of civil liberties and the political rights of the citizens.

Due to the armed unsettlement ongoing despite the peace efforts that took place between the relevant groups and the government, there’s a power vacuum and a severe security problem in the Central African Republic.

4. The Democratic Republic of Congo

The political elites in the Democratic Republic of Congo have been manipulating the elections in the past few years. It’s hard to say that there are any political rights or civil liberties that are still in force in the country.

North Korea is a single-party state that’s ruled by a totalitarian dynastic dictatorship. There’s no room for freedom of speech or opposition in the country and political criticism is punished severely.

The military overthrew the government in Myanmar in 2021 and confronted a civil disobedience movement, which it dealt with by implementing immense violence.

The elected government in Afghanistan was overthrown by the Taliban regime, which has restrained the rights of women and minorities. Afghanistan is the least democratic country in the world, according to the Index.

What are the five most democratic countries?

Nordic countries lead the list of the most democratic countries. New Zealand ranks second among the countries covered.

Note that these countries are also among the world's happiest countries.

Is there a democracy index?

Yes. There’s an annual Global Democracy Index that the Economist Intelligence Unit has been releasing for 12 years.

What is the largest democratic country in the world?

India is the largest democratic country in the world. It’s followed by the United States, Indonesia, Brazil, and Japan, respectively.

Is the United States a true democracy?

No. The United States is a representative democracy, meaning that its citizens elect government officials to represent them.

What countries are pure democracies?

The only pure democracies in the world are Appenzell Innerrhoden and Glarus, both of which are Swiss cantons.

Is the Netherlands a democracy?

With its parliamentary democracy that spiritedly protects civil liberties and political rights, the Netherlands ranked 10th in the Democracy Index of the EIU. The Netherlands holds strong democratic values and free and fair elections.

Nonetheless, there’s been a significant downfall in its ranks due to discrimination against immigrants and Muslims deriving partly from the abortive asylum policies.

The country's score is 8.16 which puts it among the 20 most democratic countries. South Korea is a full democracy.

Safest Countries in the World

Great minds discuss ideas and thus other ideas grow! Join our forum to be in-the-know of the location-independent life.
Sign Up For Free!